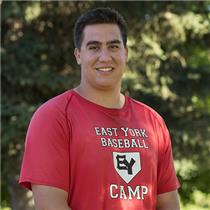 Anthony is a consistently hard working instructor focused on ensuring his campers are learning while having fun. His easy going nature belies how much campers end up pushing themselves to be their best for him. He always has a calm presence of respect while instructing and is a positive and helpful person to have on our staff. This year he is serving the role as Camp Facilitator, ensuring the camp is running smoothly.
Anthony is also the Co-Winner of the Rookie of the Year Award with the Ryerson University Baseball Team. 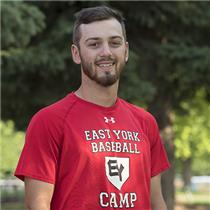 Jakob has excelled for 13 years at East York at an elite level as a pitcher, infielder and outfielder. He has a great reputation for being a loved and respected instructor, especially for our youngest clients. His clear messaging, organization, and focus on camper safety make him a great fit for 4-6 year olds who love him for making each one of them feeling valued. Jakob completed his program at Genesse College in the Spring on his baseball scholarship where he was the team MVP in his first year! He has been scouted and has enthusiastically accepted a 4 year scholarship to Ave Maria University in Florida beginning in the Fall of 2019. 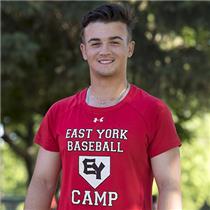 Logan is an exceptional pitcher and 3rd baseman (can you say all star with multiple no hitters!) and is super at teaching and developing effective pitching in his campers. Logan has played at East York since he was 6 years old and is currently on the Junior team with East York. We are fortunate to have him on staff for the Clinics and the Summer Camp!
Logan will be entering his 2nd year at Ryerson University and will be playing again on its Baseball Team for the 2019-2020 season. 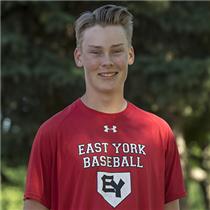 Lucas is entering his 4th season on summer camp staff as well as his second in the Clinics. He brings a wealth of baseball knowledge and elite caliber play to help develop campers in all facets of the game. He is especially know for his pitching abilities. You will find Lucas to be very polite and social, a good team player and willing to do whatever it takes to help out the campers. 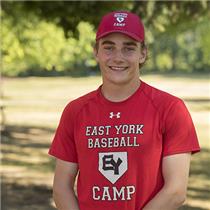 An elite-level baseball player and 2- time MVP player for the Monarch Park high school baseball team. Nick has played on 4 recreational baseball teams, including high school and rep ball at the Bantam and Midget levels. He spent 2 years as an Instructor-in-Training (IT) and 2 years as an Instructor at East York Baseball Camp inspiring young athletes to work together and have fun. As a team leader, he encourages his teammates to have self-confidence, respect for each other and support for the team. Nick just finished his first year of Kinesiology at University of Western Ontario. 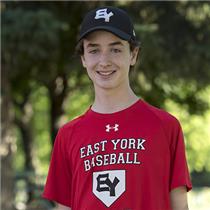 Having played House League, Select and REP level ball at East York, Colin parlays those experiences into valued instruction to campers. Eager to share his baseball knowledge, he is hard-working, passionate about baseball, and thrives at developing players of all ages and skill level. Colin is entering his 4th year on staff and 2nd year instructing at the off-season clinics at Variety Village, having previously been an instructor-in-training and camper at EYBC. 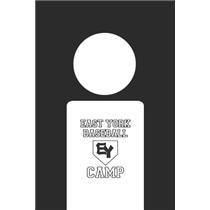 Gus has been a camper and an Instructor-in-Training (IT) and will be joining us this summer as an Instructor. You will find a smiling, attentive and fun Gus, usually surrounded by lots of kids at camp. We are happy to have him join us! 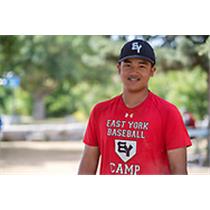 Ben brings a keen ability to be focused on player development through clear demonstration, explanation and positive and effective feedback. Ben was a camper, clinic participant and instructor-in-training for 2 years and has earned his way onto staff as an instructor. We are lucky to have him! 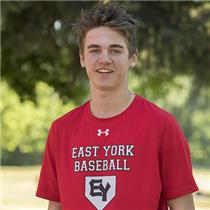 An elite shortstop and catcher who has played with East York, Scarborough and Leaside. For 8 years of elite baseball Lukas has shown his talents on and off the field. Lukas loves working with kids and helping them strive forward and get to the next level. Lukas would like to give back on what he received as a younger camper since this camp taught him the fundamentals and attitude to be a great ball player.He is a very positive, helpful and caring instructor who maintains the excellent reputation of the camp and clinics for effective instruction in a fun environment. 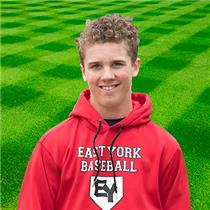 2019 will be Jake's 5th summer on staff at the East York Baseball Camp. He has been a camper, Instructor-in-Training (IT) and an Instructor over the last 7 years. He brings a great demeanour with the younger campers keeping them organized, safe and has an innate ability to teach fundamental skills. We are happy to have him back! 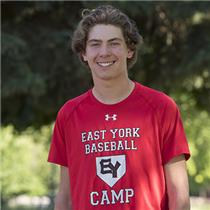 Jorgen is a first baseman and pitcher with the Toronto Cardinals and has been playing at East York for 11 years. Jorgen is a very likeable person that always has a positive attitude. He had a great experience at camp as a camper and wants to continue that tradition. Being a former camper helps him create drills that are perfect for developing young baseball players. 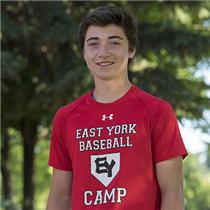 Liam plays centre field for the Toronto Cardinals. As an all-round athlete, Liam runs track with his school Neil McNeil. He is committed to engaging in a positive and constructive environment for all EYBC campers. Liam was a camper with us for 6 years and successfully completed the Instructor-in-trainning program. Liam always has a smile on his face and believes a little encouragement from someone you look up to, can go along way! Liam is one of our awesome Off-Season Clinic Instructors at Variety Village. 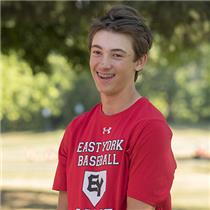 Robert is an elite catcher for the Toronto Cardinals and has been playing baseball with the East York Baseball Association since T-ball. He most recently lead his high school team (East York Collegiate Institute) to the Conference Championships. Always bringing a positive attitude and strong work ethic to everything he does, Robert wants to give the campers a fun learning and engaging experience and over all awesome time like he had when he was at the East York Baseball Camp. Robert is also one of our awesome Clinic Instructors at Variety Village in the Off-Season. 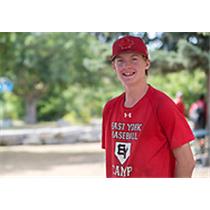 Eagan is a bright and personable young man who has excelled at baseball at numerous levels (most recently winning the high school baseball championship with East York Collegiate Institute). He is a great listener, communicates well and is excited to contribute to making the camper experience an awesome one! 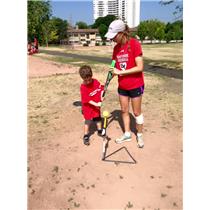 Ally comes from a softball background at Topham Park and we are very lucky to have such a smart and professional instructor who always seems to go the extra mile for our young campers. As an elite athlete in both hockey and softball, Ally knows that having fun is important, not just for those new to a sport, but also for anyone wanting to achieve a high level of success. She shines for the way she is able to safely manage and teach campers, while being even-keeled and such a kind and polite person.

A Member of VICommunity, www.vicommunity.com. Powered by QCTI QC Technologies Inc. and www.visportsclub.com.